The Jessie Golden Series and the current state of the Earth.

“Heavy mudslides in California claim 19 lives so far.” “32.000 Philippines are on the run for Mount Mayon.” “Civil war in Syria still continues unabated after five years.”
These are just some of the headlines of random articles I found in the newspaper this week. It’s repeating itself day in day out; another terrorist attack or act of war causing death and destruction, a major natural disaster doing the same. Is it co-incidence? Or is there more to it than the eye can see? Since I started to research the subject for a book series I write (the Jessie Golden Series) in which the coherence of energy is used in the storyline, I’m convinced all is related. So why do I think there is a connection? Actually, if you reflect on it, it’s quite simple.

Firstly science states all is energy in any form whatsoever; humans, nature, the animals, the plants, you name it. In a nutshell; every living thing on this planet, connected by that same energy, mingles, impacts and influences each other. You can compare it with the feeling of extreme discomfort that is coming over you when you face an ill-tempered person or when you experience a feeling of great joy when someone is doing the opposite. It’s a vibe that you pick up on changing the mood you’re in.

I guess the Earth is acting in a similar way. When we breathe love, light, peace and harmony, it will give the same in return. However, when we do the opposite, increasing the level of war, terror, crime and hate, it will surround us with a disruptive environment. Now I’m not saying that the current society is solely to blame for the increasing climate changes. The process was already started centuries ago by our ancestors and continues to get worse by the negative vibe and deeds of a minority on this planet. We need to be conscious that the way we act, whether it’s positive or negative, will resonate on the state of the Earth (click on the photo to watch my video: “Our Connection with the Earth”)

Where will it end if we don’t turn to action now? That’s exactly where the Jessie Golden Series come down to. Jessie Golden, a Dutch journalist and protagonist of the saga, is faced with a task that should prevent the human race from disappearing. Although she is trying to convince the world that a drastic change in the everyday life is necessary to enable a shift in today’s negative vibe, she is not able to prevent the Apocalypse, that will eliminate more than two third of the world’s population. Trying to survive on a planet that hardly looks like the one she is used to, without today’s primary utilities, she and her daughter need to discover the path that will prevent humanity from complete extinction.

Part one in the series, Quest to the Unknown, is out now, with part two and three already written. Don’t miss the special promo I have on the kindle version, available for only $ 1,99. Happy reading! 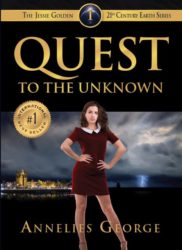 In Quest to the Unknown, the overload of negative energy is leading to a major natural disaster with all that implies. Watch the video in which I share my point of view on the coherence of energy, our behavior and the current state of the Earth. 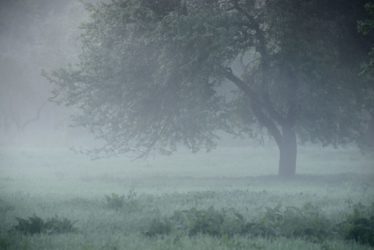 Watch the video "Our connection with the Earth"