As some of you know I´m not a huge fan of politics. Once I was approached by the chairman of a political party who believed that my vision was equal to his. Although he had some good ideas and views to radically make some necessary changes, I didn´t want to be associated with any political party. Why not? Since the truth is unfortunately harsh. Politicians tend to make huge promises to their voters while they’re running for office. Once they’re elected they don’t act accordingly usually for the sake of staying in power or not being able to do what they really want as the true power is in the hands of others like for instance the army. And those who do want to make a change are locked up or shot to silence them.

That doesn’t mean that I close my eyes for what’s happening. I find it still unbelievable that certain world leaders are given the freedom to act in accordance with their own view, disregarding the interest of its own people. Harsh statements are made and measures are taken that not only impact other countries but will also have severe consequences for its inhabitants.

In earlier posts I already highlighted some examples which I won’t repeat. Actually, I’m still astonished that acts of terror or any other activities that can’t bear the light of day are covered up and killers are not punished if the person in question is a well-known powerful man, not to mention a country that doesn’t act since it financially depends on the other where these horrible deeds are taking place.

Most recently some people asked me to say something about the current situation in Kashmir and the increased tension between Pakistan and India. As indicated I’m not into politics and since I don’t know the ins and outs of this particular issue apart from what the media is writing, I can’t actually make a statement about it. Having said that I can of course share my limited point of view, whereas I still wish to remain neutral about the conflict as such.

Every human being is entitled to his or her rights. Therefore, no one should be trapped in his or her country, locked from the outside without anyone knowing what’s going on. Having heard some speeches and reading recent interviews I find it kind of hypocrisy to point fingers when you’re responsible for a country in which people are discriminated for different views on religion, supported by extreme blasphemy laws. It certainly also doesn’t help if one – genuine or not – claims to support peace in the region one day and talks about nuclear weapons on the other by an ill-considered choice of words. In the end true talk about peace can only happen when leaders are willing to exchange dialogue without pre-set conditions, open-minded to understand each other’s point of view, looking for a midway to solve disputes.

I know that our world has become an amalgamation of 196 or something countries, each with their own power play which can’t be changed overnight. If we really would like to make a change, it will take probably ages before the current situation can be transformed into another. But sometimes I truly wish that all these global leaders would stop with their thoughtless speaking and ill-considered ruling. How wonderful it would be if they start to rebuild a borderless world instead in which mutual respect for different views on life, religion, skin color and culture would unite all people to one loving nation with equal rights, plenty of food, water, housing, medication and education for everyone.

I know, it’s a utopian dream, but I do hope that one day in the very far future the world and its leaders finally will come to its senses and start to live life on Earth in the way it was supposed to be: a peaceful place of sharing and caring with plenty of time for inner growth. Until then I can only voice my opinion and hope that world leaders at least will have the presence of mind to use dialogue as the only way forward to solve intercountry issues and don’t destroy by reckless acting in a split of a second the fate of everyone here on Earth.

Thanks once again for your interest in my videos and posts. It means a lot to me. 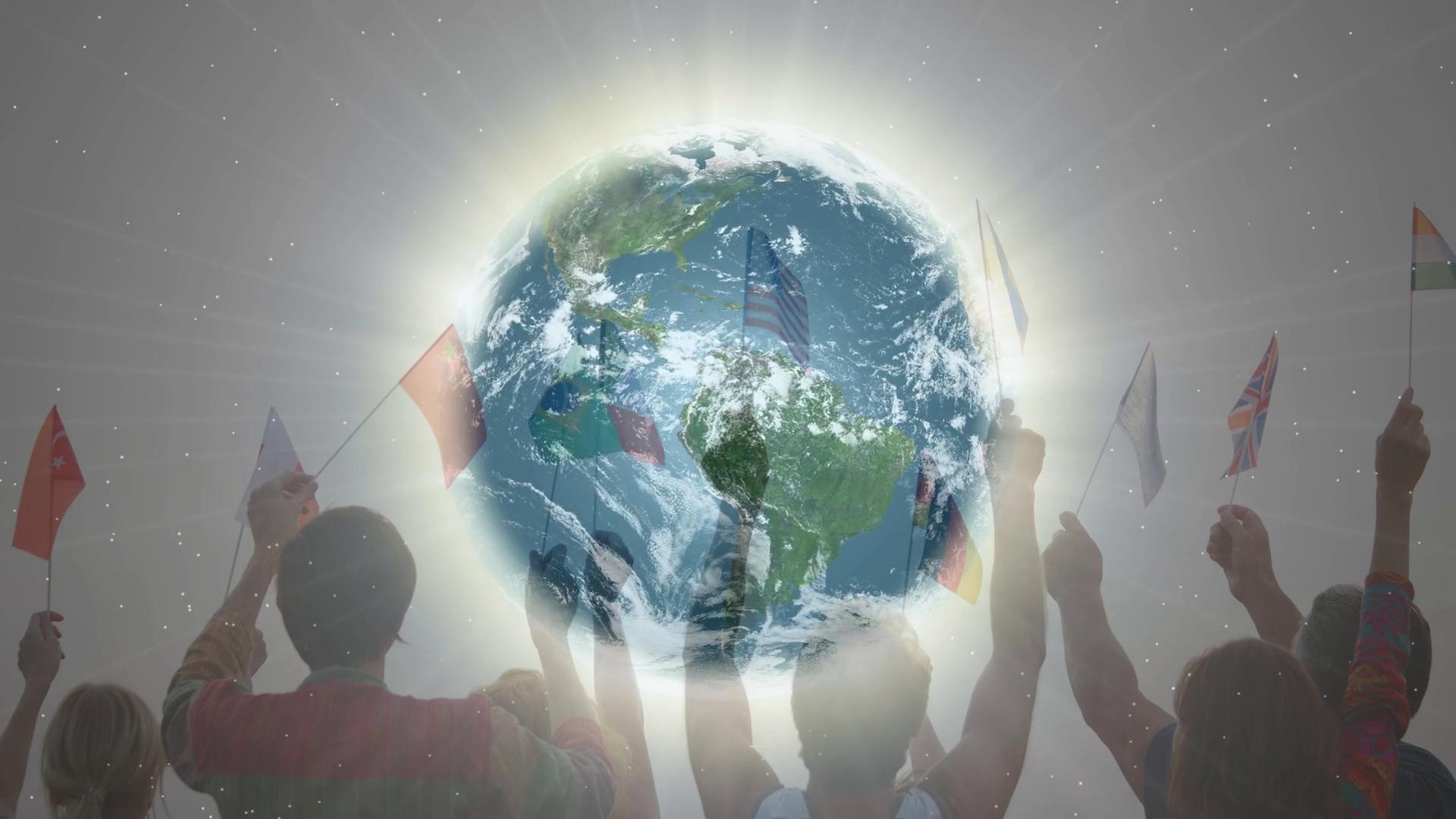 Click on the picture or link to watch the video “STOP” .